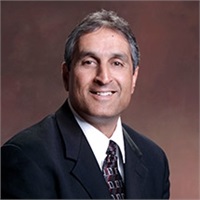 Ranjit Basi, better known as Randy in the field, began his career as an insurance agent with CalFarm in 1988. In 1992 Randy purchased a book of business in Oakdale and within three years, Basi Insurance Services was born.

During his career, Randy has focused his education and professional development in Agribusiness, Commercial and Construction earning the AFIS and CRIS designations. While overseeing all aspects of the company as President, Randy believes in compelling customer service and strives to make sure all clients receive this level of care at all times.

Randy is also co-founder a non-profit organization: The Karen Basi Wave of Hope -MS Foundation. Randy and his wife, Karen, founded The Wave of Hope MS Foundation over a decade ago, in an effort to raise awareness and support for those who suffer from the debilitation and incurable disease: Multiple Sclerosis. The foundation provides support groups, equipment, medical supplies and scholarships to those who suffer from the disease. For more information on the foundation, please visit www.thewaveofhopems.org.